Trying To Make A Dime

If you’re not familiar with the term dime. It refers to a woman who is a 10 on a scale of 1-10. This can be just about looks or about the total package. A quick Google search shows us:

Urban Dictionary defines a dime as a very beautiful and flawless woman.

This is not a dime.

This is a dime. 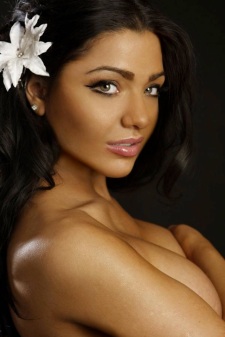 Now, on to the point of this post. The husband was having a conversation with one of his cousins about the cousin’s new chick. The husband asked why he felt the need to add a new chick to the flock when he already had his sons’ mother he was still dealing with.

The cousin replied that the husband didn’t understand. He said, “you already have a 10. In order to have what you have, I’ve got to have 5 twos.”

When the husband relayed this to me, I has several reactions. 1) I was super flattered that his cousin thought so highly of me. 2) I felt bad for his main chick because he thought she was a two. 3) I wondered how terrible the new chick was because she only got him up to a net total of four. 4) I was amused because he still needed three more chicks. 5) I wondered why his standards weren’t higher.

When a man, for whatever reasons, finds himself without a dime, how does he achieve it? Ah, the complicated philosophical ponderings…

I think that it depends on what a man thinks a dime is. If it’s looks, that’s not so hard to achieve as long as he doesn’t also want personality and intelligence. I wonder if there’s a book out there called How To Catch A Dime. Sounds like a financial self-help book.

So, here’s how to make a dime:

1) Get a girl who’s already a ten and be thankful she wants you too.

2) Get two girls who total a ten. This can be 2 fives, 5 twos, or a four and a six. There are so many combinations.

3) Realize you either can’t get a girl out your league (á la “She’s Out of My League) or don’t feel like putting in the work a girl like that requires, and just go with as many low-ranking girls as possible.

4) Give up and start dating freshly minted 18 year olds who don’t know any better.

5) Really give up and stop dating women period.

And with that ridiculous notion, this post is now complete.

This entry was posted on March 12, 2012 by Chicago-Style Girl. It was filed under Family/Friends, Life and was tagged with crazy story, opinions.